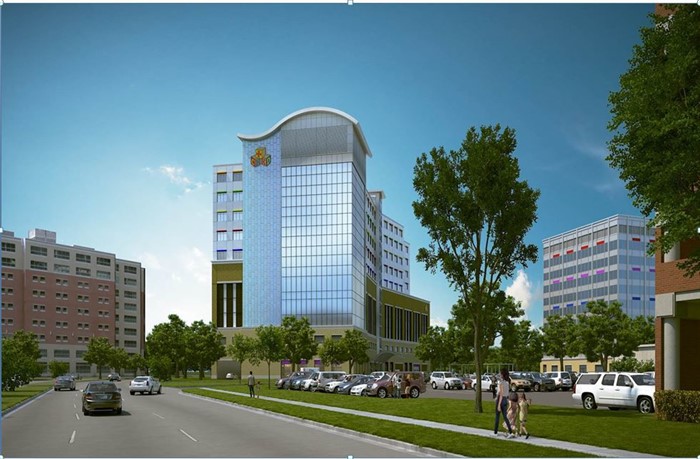 In a move he described as tectonic, the president of Children’s Hospital of The King’s Daughters said the health system will expand its mental-health footprint in the community with a proposal for a psychiatric center.

The hospital must get state approval before moving forward, but president and CEO Jim Dahling said CHKD is committed to embracing what its community surveys have shown to be the No. 1 health concern: mental health services for children.

Three to five children a day arrive in the hospital’s emergency room in need of a mental health evaluation, a number that has increased by 40 percent during the past four years, according to CHKD.

If the children have both a medical and psychiatric condition, they can be admitted for inpatient care. But if their sole diagnosis is psychiatric, they need to be referred to a psychiatric facility. In some situations, such as eating disorders, that means traveling out of state.

The hospital submitted paperwork to the Virginia Department of Health on March 1 to build a new medical tower, to be located just off Brambleton Avenue, on the same medical campus as CHKD, Eastern Virginia Medical School and Sentara Norfolk General Hospital. The tower would have three floors for mental health “day treatment” programs and 48 inpatient beds. Two more floors would be for other medical services, and four underground levels would be for parking.

The expanded mental health program would employ about 250 health care providers and support staff, and treat children 2 to 18 years of age.

The request for a “certificate of public need” would also include 12 beds in the current hospital for inpatient psychiatric treatment. The proposal will be reviewed by the state health officials to make sure the need for services is justified. A public hearing also will be conducted, likely in May or June. The state health commissioner is expected to make a final decision by early August.

A five-day snapshot of 14 mental health patients seen in the ER included:

Currently, the system receives 15 to 20 mental health referrals a day from primary and specialty care providers. One day in February, 153 children were on the waiting list, with waits as long as six weeks.

Join us for RunWalk for the Kids which will include an 8K Run, a 2-Mile Walk, and a 1-Mile Fun Run! Bring the whole family to run or walk, and enjoy family friendly activities, where "Everyone is a Hero at CHKD".
View Event
Breakfast with Santa

Experience the Christmas magic for children of all ages including a visit from Santa & more!
View Event
Moonlight & Mistletoe 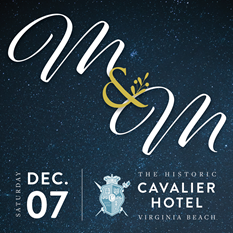 Ways To Give
We invite you to help us give back by joining us in our efforts to support Children's Hospital of The King's Daughters.
Learn More
Ongoing Projects
Birthday Club
To participate in the Union of Hands Circle Birthday Club: Children (with their parents’ help) ask their party guests to consider making a donation to CHKD instead of bringing a present. Donations will help buy toys, games and medical equipment for critically ill children and fund educational programs at the Hospital.
Read More...
Hand Painted Wine Glass Sales
Custom hand painted wine glasses by Andrea Jeffers! Cost per glass $25. You select your design, wording and color scheme! This is an ongoing project of Infinity Circle. For more info and to place your order, contact Andrea at 580-5051 or HandCraftedFool@gmail.com
Read More...